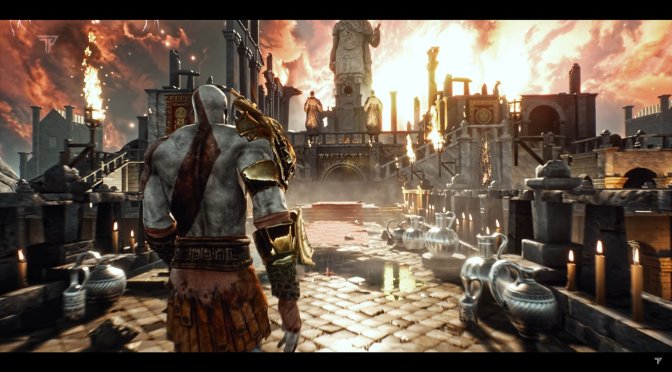 TeaserPlay has shared a new video, showcasing what a God of War game could look like in Unreal Engine 5. In order to create this fan remake of God of War, TeaserPlay took advantage of Lumen, Nanite, Ray Tracing and Metahuman (for creating the faces of both Kratos and Zeus).

Now while this fan remake uses Lumen and Ray Tracing, it appears to be still relying on screen-space reflections. For instance, you can see the SSR artifacts in the water at 1:00. Now while the character models of Kratos and Zeus are OK, the running and walking animations of Kratos are awful. As with most of TeaserPlay’s fan videos, the key focus are the environments (which by the way look great).

As we’ve said and before, these fan remakes are kind of cool. Furthermore, and while they are a bit amateur-ish, TeaserPlay’s videos at least feature some basic gameplay mechanics. And yes, similarly to the Bully remake, expect this video to appear on most gaming media outlets.