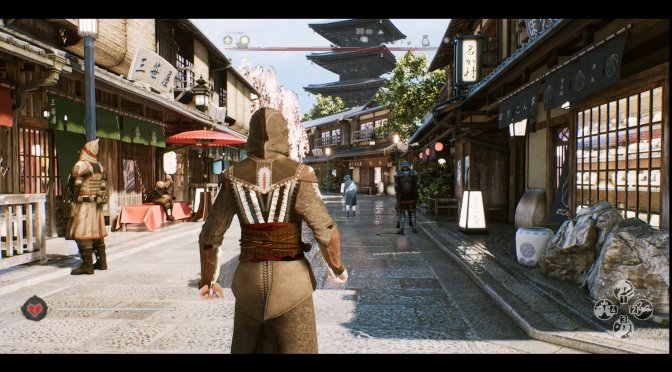 Assassin’s Creed: Infinity is the title or codename of the next mainline Assassin’s Creed game. According to reports, it will be a live-service platform that incorporates multiplayer and span numerous historical settings.

Now the reason I really like TeaserPlay’s fan remakes is because they implement some basic gameplay elements. In this video, they have added a character (that looks like an assassin) and are wandering the beautiful environments they’ve created.

Since the video is not embeddable, I’ve also included below another concept video, showcasing Mafia IV.

Speaking of Unreal Engine 5, we also suggest taking a look at the following videos. Right now, you can download a Superman Unreal Engine 5 Demo and a Spider-Man Unreal Engine 5 Tech Demo. Moreover, these videos show Star Wars KOTOR and Counter-Strike Global Offensive in UE5. Additionally, you can find a Portal Remake and an NFS3 Remake. And finally, here are fan remakes of Half Life 2, Oblivion, World of Warcraft, Skyrim, GTA San Andreas, Vice City, and Zelda Ocarina of Time.