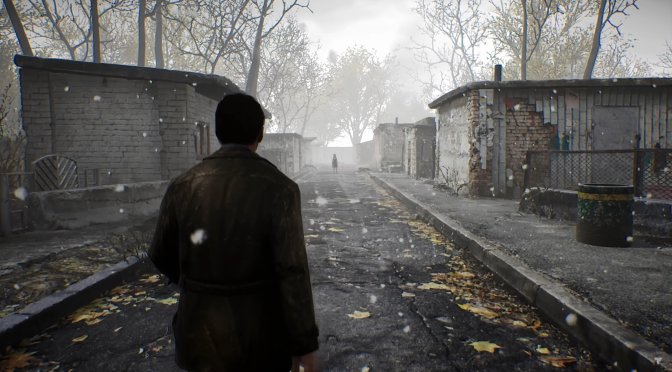 TeaserPlay, best known for their fan remakes of GTA San Andreas and Vice City in Unreal Engine 5, have shared a brand new video. In this video, they showcase what a Silent Hill Remake could look like in Unreal Engine 5.

What’s really cool about this video is that it packs a few seconds of gameplay footage. In other words, this isn’t just a map/level remake. Furthermore, and in order to enhance its lighting, the artists used UE5’s Lumen.

“We used Lumen for rendering this and placed the camera on a close third person and tried to bring the deep and horrific atmosphere of the original game into Unreal Engine. We also used an unusual editing to induce a classic nightmare feeling, we hope you enjoy the result.”

The end result is great, so be sure to watch the video.

According to reports/rumors, Konami is working on some Silent Hill projects. Apparently, Bloober Team will be working on a remake of Silent Hill 2. And, since Bloober has used Unreal Engine in its previous projects, we can assume that they’ll use UE4/5. Thus, it will be interesting to see whether the official remake will look as good as this fan video.

Speaking of Unreal Engine 5, we also suggest taking a look at the following videos. Right now, you can download a Superman Unreal Engine 5 Demo and a Spider-Man Unreal Engine 5 Tech Demo. Moreover, these videos show Star Wars KOTOR and Counter-Strike Global Offensive in UE5. Additionally, you can find a Portal Remake and an NFS3 Remake. And finally, here is a Half Life 2 Fan Remake, an Oblivion fan remake, a World of Warcraft remake, a Skyrim remake, and a Zelda Ocarina of Time UE5 Remake.