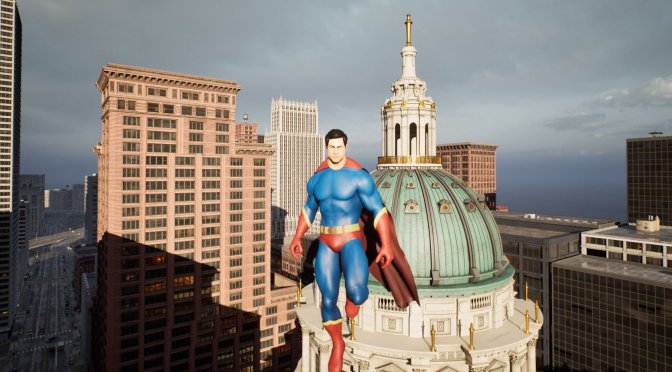 Tyson Butler-Boschma has released an amazing Superman Unreal Engine 5 Demo for PC. This demo uses Epic’s The Matrix Awaken’s Project City and replaces the character with a flying superhero variant.

As its creator said:

“I dream of a modern Superman game and with the release of UE5, seemed like fertile ground for some experimentation with the amazing packages Epic has made available. This is just for those of us who one day dream of a Superman open world game, I hope this scratches that itch a little bit for now.”

In case you’re wondering, Tyson is the same man behind another Superman UE5 Demo we shared in June 2021. Contrary to that demo, though, this new one is available for download.

You can download this Superman The Matrix Awakens Megacity Unreal Engine 5 Tech Demo from here.

Lastly, do note that this is an incredibly heavy game and lower-end PCs will potentially struggle. After all, this demo uses the Megacity environment.

I made a Superman flying game in Unreal Engine 5 and you can play it!