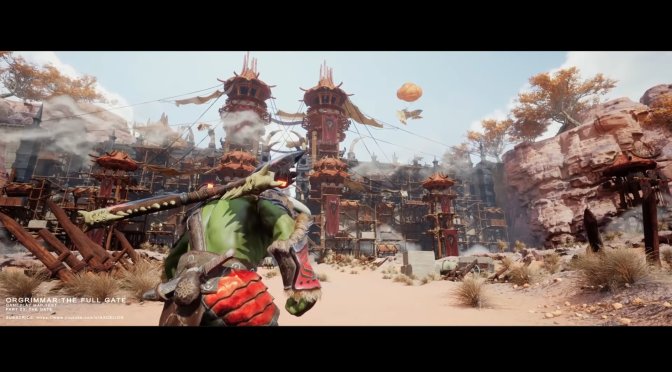 YouTube’s ‘AXCEL’ has shared a video, showcasing World of Warcraft’s Gates of Orgrimmar environment in Unreal Engine 5. AXCEL has been working on this fan remake for over a month, and this video can give you an idea of what a remaster of this classic MMORPG could look like.

In this video, AXCEL shows an Orc exploring the environment. Now what’s really cool here is that the artist has also shown the main player riding a dragon. And, for some reason, I got some Drakan vibes from it.

Unfortunately, and like with most fan remakes, this one is not available for download. As with most other artists/creators, AXCEL has created this for portfolio purposes. Still, it’s something that some WoW fans may find interesting.