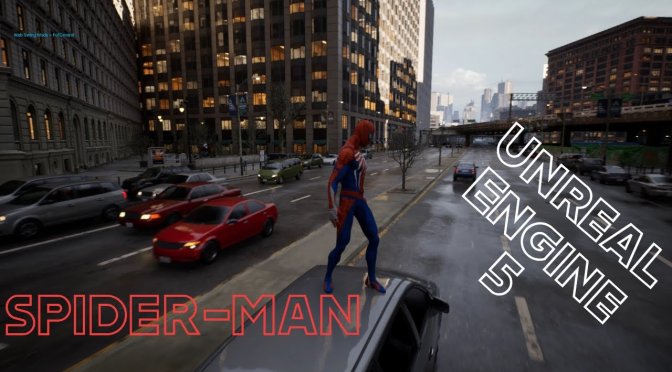 Similarly to the Superman Unreal Engine 5 Demo, this Spider-Man project uses the Megacity environment from The Matrix Awakens. As such, this project can give you a glimpse at what a next-gen Spiderman game could look like.

As you will see, Spider-Man’s animations and moves are not perfect. This is to be expected as the Spiderman UE4 project is still in development. Nevertheless, it’s a cool fan tech demo that you can download.

Lastly, and as with the original Megacity demo, this Spider-Man Unreal Engine 5 Demo is really heavy, and you’ll need a really powerful PC.