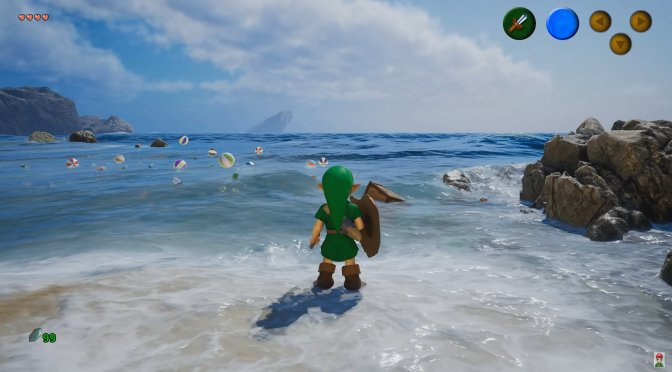 CryZENx has shared a new video from his Zelda: Ocarina of Time Remake in Unreal Engine 5, showcasing some truly impressive water effects. The indie developer used Fluid Flux from Krystian Komisarek, and the results are incredible.

As we’ve already reported, the UE5 version of this fan remake of Zelda: Ocarina of Time is behind a Patreon-wall. However, you can head over to CryZENx’s Discord server and download its free Unreal Engine 4 version.