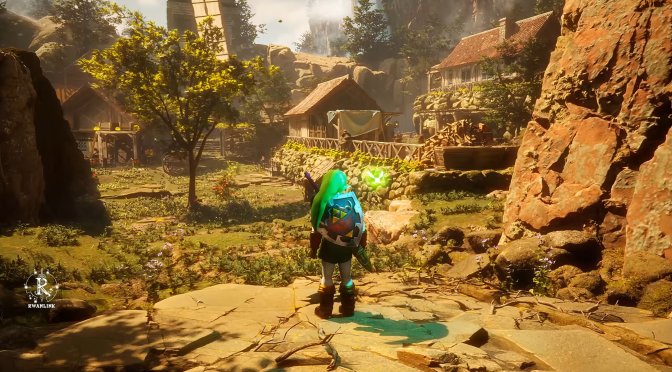 YouTube’s RwanLink has released an incredible video, showcasing what a next-gen version of The Legend of Zelda: Ocarina of Time could look like in Unreal Engine 5. This fan remake looks absolutely stunning, so be sure to watch it.

Now contrary to the previous Unreal Engine 5 Fan Tech Remake we shared last month, this one features some basic gameplay mechanics. In this video, RwanLink controls Link in order to explore the Kakariko Village.

This video showcases some of the new features of Unreal Engine 5. For instance,  RwanLink used real-time global illumination Lumen and the powerful Nanite.

What’s also cool about this remake is that RwanLink has managed to keep the art style of the original game. Not only that, but this UE5 remake looks as good as most current-gen games. And, you should keep in mind that it was created by only one person.

Unfortunately, RwanLink has not released this project to the public. As such, you can’t download and experience it on your PC. Still, RwanLink plans to remake even other environments from this classic N64 game.

Lastly,  Zelda fans should also take a look at this remake of The Legend of Zelda Wind Waker. And as always, you can also download CryZENx’s Ocarina of Time UE4 fan remake.