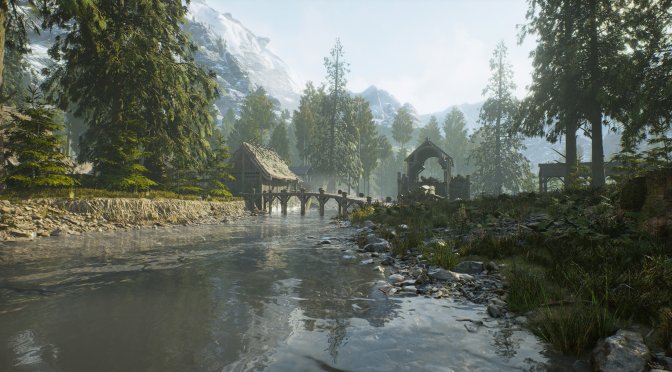 Christian Gomm, Environment Artist at Myrkur Games, has recreated Riverwood from The Elder Scrolls: Skyrim in Unreal Engine 5. As such, the following video and screenshots will give you an idea of what a proper modern-day remaster of Skyrim could look like.

As Gomm noted, the polygon count of its assets ranges from 100,000 to 15 million triangles. Moreover, Gomm used Photogrammetry and Nanite in order to provide a better image quality.

“This is an environment I’ve been using to work on my photogrammetry workflow. It contains a mixture of my own photoscanned assets and materials, megascans and my own substance materials. The pine trees were made by me using Speed Tree, and the Spruce trees were from an unreal market asset pack.

It took me a few days to create the majority of the environment. But, I’ve been slowly adding to it as I create new photoscans, including many of the stumps and logs, all but one of the stone surfaces, some bark materials and foliage pieces. Almost all of the assets in the scene have nanite enabled and range in polycount from 100,000 to 15 million triangles.”

At first, the video does not look impressive (due to YouTube’s compression). For this reason, we’ve also included some high-quality screenshots. These high-resolution screenshots showcase the new, highly detailed, textures.

Gomm does not plan to release this map to the public as he’ll be using it for his portfolio.

Speaking of Unreal Engine 5 fan remakes, we also suggest taking a look at the following ones. A few days ago, we shared a Half Life 2 Fan Remake in Unreal Engine 5. This Zelda Ocarina of Time UE5 Remake also looks amazing. This fan remake of Final Fantasy IX also looks incredible. And, lastly, here is an Oblivion fan remake in Epic’s engine. 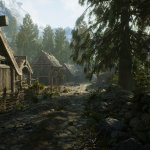 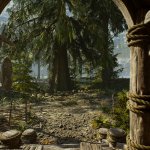 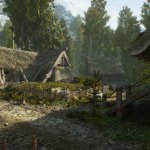 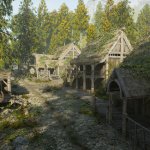 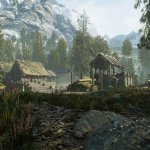 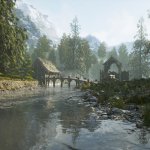