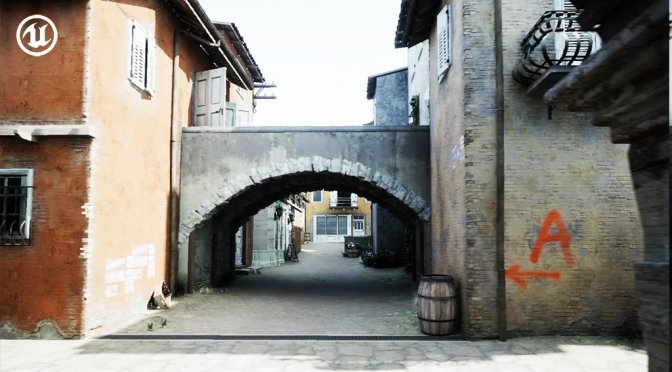 Counter-Strike fans, here is something special for you today. Modder ‘Cloacked’ has recreated the Dust2 and Inferno maps from Counter-Strike: Global Offensive in Unreal Engine 5. And, contrary to other fan remakes, you can go ahead and download this project.

Do note that you can only explore these maps. Right now, there aren’t any weapons, enemies or gameplay mechanics. And, to be honest, I don’t expect Cloacked to add such things.

Nevertheless, this is a really cool concept and gives us a glimpse at a modern remake of Counter-Strike: Global Offensive. Thus, I’d really like to see more maps ported to this project.

You can download the project from here. Below you can also find a video showcasing this fan remake in action.