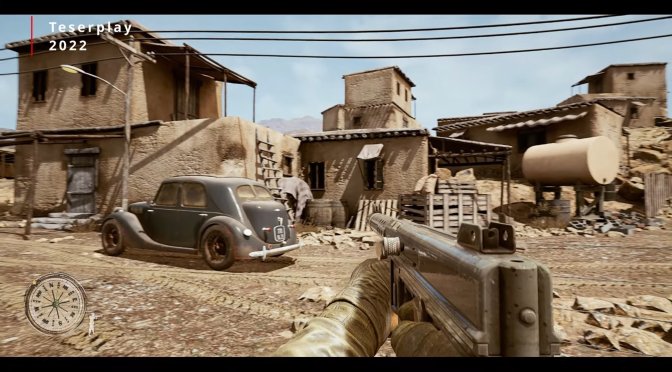 Last week, TeaserPlay shared a video from a fan remake of Call of Duty 2 in Unreal Engine 5. And yesterday, they shared a comparison video between the original 2005 and the fan remake versions of it.

This comparison video showcases the graphical improvements that this fan remake brings to the table. It also shows what indie devs can achieve on Epic’s latest engine. After all, we’re comparing here a product from a triple-A company against a fan remake.

For this fan remake, TeaserPlay has recreated a number of environments from COD2. They also took advantage of Unreal Engine 5’s Lumen, Nanite and Ray Tracing (for reflections) capabilities.

The end result is stunning, so be sure to watch the video.