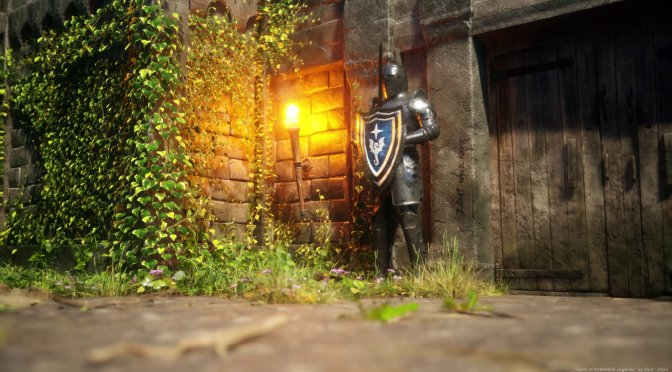 3D artist ‘Lucas Kosinski‘ has shared some screenshots and a video from his RuneScape fan remake in Unreal Engine 5. Kosinski has basically recreated the Legend’s Guild in Epic’s engine, giving us a glimpse at what a remake of RuneScape could actually look like.

Kosinski has created the assets for the buildings, hedges, fountain, flags/standards, and fences. Using vertex blending with a custom master material in Unreal Engine 5, he was also able to paint dirt and other imperfections directly onto the buildings in the scene. Similarly, he was able to get all of the foliage assets to generate wind from a common master material. And, naturally, he used some of Unreal Engine 5’s latest techniques.

The end result is stunning and will definitely please all RuneScape fans out there. Unfortunately, though, the artist does not plan to release this project to the public.