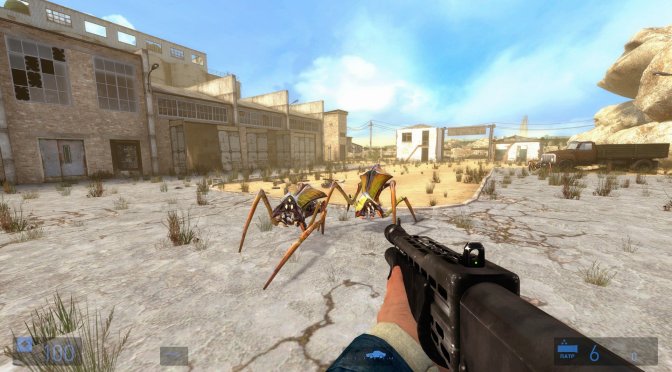 The team behind an upcoming story-driven mod for Half Life 2, called Swelter, has released a debut teaser trailer for it. This trailer features in-engine footage, so it can give you an idea of what you can expect from it (visual-wise).

Swelter takes place several years before the events of Half-Life 2, and tells about the internal contradictions within the Resistance forces that arose during the rebellion against the Combine in the post-Soviet city of Central Asia.

The mod will feature classic HL2 shooter gameplay, puzzles, and will allow you to drive a controlled vehicle. Additionally, players can expect to freely explore the game’s areas.