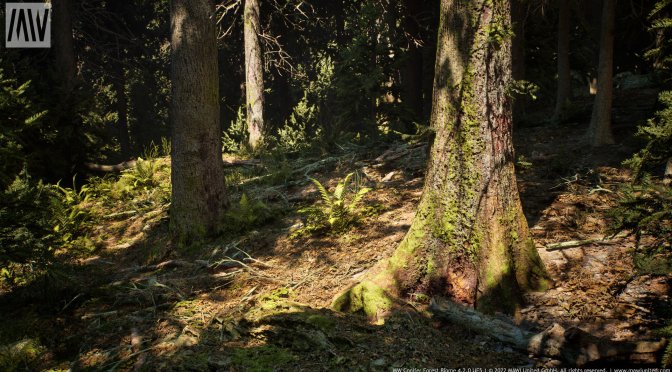 Last month, we shared an amazing tech demo for Unreal Engine 5 which showcased a highly detailed Broadleaf Forest. Created by MAWI United GmbH, that demo looked absolutely spectacular. And today, we are happy to present you with another tech demo from the same team.

Similarly to the Broadleaf Forest, the Conifer Forest Biome is a completely procedural generated forest of 1 sqkm you can freely run around in.

MAWI United GmbH has reworked the materials, the procedural placement, textures and lighting. Additionally, the demo now supports Unreal Engine 5’s Lumen and Nanite techs. Not only that, but the team has implemented some graphic presets for common GPU series from NVIDIA. Thus, there are graphic settings for the GTX1080, RTX2080, and RTX3080. Moreover, people can still customize all the settings if they want to. And lastly, the team has changed some of the first-person template settings, as well as reduced motion blur, head bobbing and depth of field.

You can download the demo from here or here.