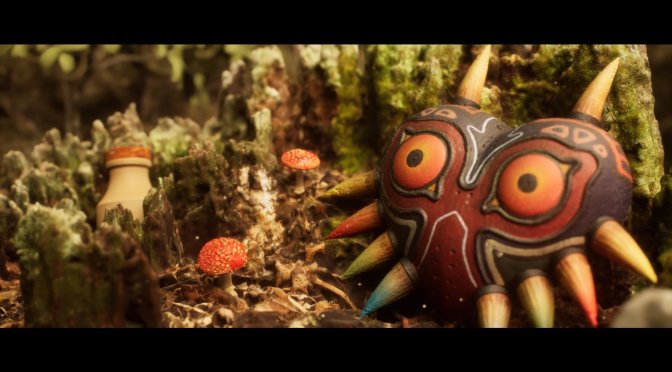 YouTube’s “OotavidMann” has shared a video, showcasing a The Legend of Zelda-inspired environment in Unreal Engine 5. This map is inspired by Ocarina of Time and Majora’s Mask, and uses both Lumen and Nanite.

While this is a small environment, it can give you an idea of what a next-gen The Legend of Zelda game could look like. That is of course when – and if – Nintendo decides to target realistic graphics/visuals. After all, the latest The Legend of Zelda games currently have a more cartoon-ish look. My guess is that the next-gen Zelda games will look more like this. Nevertheless, this video reminded me of this fan remake of Majora’s Mask in Unreal Engine 4.

Speaking of Unreal Engine 5, there is an awesome Unreal Engine 5 Superman Fan Tech Demo that you must watch. There is also a video showing The Elder Scrolls IV: Oblivion in Unreal Engine 5, as well as The Sims 5. Additionally, there is a cool Dragon Age: Inquisition fan remake. Let’s also not forget the Star Wars KOTOR and Counter-Strike Global Offensive fan remakes. And lastly, there is Zelda Ocarina of Time Remaster, The Simpsons: Hit and Run Remake, a Warcraft 3 Remaster, a Crysis-inspired map, and a fan remake of Harry Potter and the Chamber of Secrets.