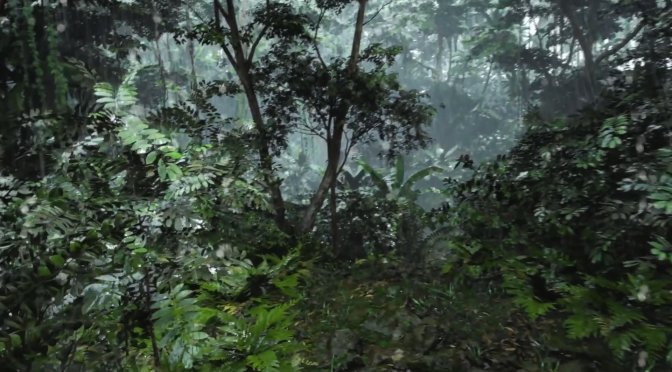 Ramon Monsanto has shared an amazing video, showcasing an incredible forest map that was heavily inspired by Far Cry and Crysis. By using Unreal Engine 5, Monsanto gives us a glimpse at the future of video-games.

This fan forest map looks absolutely stunning. The artist has used some really high-resolution textures but its biggest feature is its lighting. I also got some Predator vibes from it and yes, a Predator game with these visuals would be epic.

What’s also ironic here is that this map has visuals that both Crysis 3 Remastered and Far Cry 6 won’t match. And, to be honest, I don’t know whether we’ll see a game with this kind of lighting in the next couple of years. After all, most upcoming games will be cross-gen. In short, if this doesn’t “wow” then nothing coming out in the next couple of years will. Be also sure to watch it in 4K (apparently Pefect Vision “stole” Ramon’s videos, so we’ve replaced them).

As a bonus, I’ve also included two videos from a different project. These two videos are heavily inspired by The Last of Us 2. Now while they look cool, they are nowhere close to the forest map. These videos are more among the lines of what we can expect to see from most upcoming games.

Speaking of Unreal Engine 5, there is an awesome Unreal Engine 5 Superman Fan Tech Demo that you must watch. There is also a video showing The Elder Scrolls IV: Oblivion in Unreal Engine 5, as well as The Sims 5. Additionally, there is a cool Dragon Age: Inquisition fan remake. And lastly, here are Star Wars KOTOR and Counter-Strike Global Offensive in UE5.