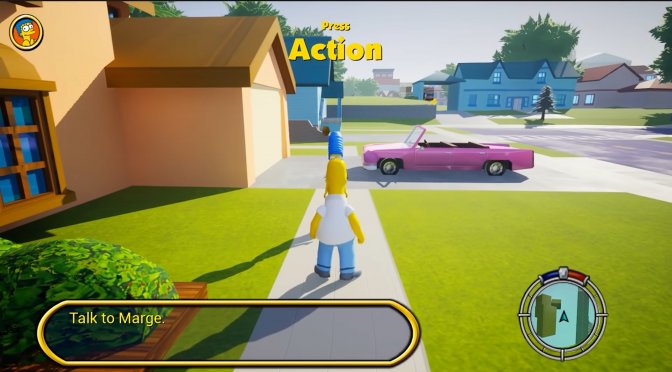 YouTube’s ‘reubs’ has shared a video in which he shows how he remade The Simpsons: Hit and Run in Unreal Engine 5. This remake/remaster took reubs one week to complete, and looks absolutely incredible.

Now what’s really amazing here is that reubs has implemented proper gameplay mechanics to it. Yeap, this isn’t a mere map recreation. This is a full-fledged demo of The Simpsons: Hit and Run in Unreal Engine 5.

The bad news here is that the demo is not available for download. This is to be expected as reubs would receive a C&D letter in the blink of an eye.

So, while we don’t have a playable demo, the video packs a few minutes of gameplay footage. Additionally, reubs claimed that this demo uses Ray Tracing effects.

Speaking of Unreal Engine 5, there is an awesome Unreal Engine 5 Superman Fan Tech Demo that you must watch. There is also a video showing The Elder Scrolls IV: Oblivion in Unreal Engine 5, as well as The Sims 5. Additionally, there is a cool Dragon Age: Inquisition fan remake. Let’s also not forget the Star Wars KOTOR and Counter-Strike Global Offensive fan remakes. And lastly, there is Zelda Ocarina of Time Remaster and a Crysis-inspired map.

How I Remade The Simpsons Hit and Run in a Week