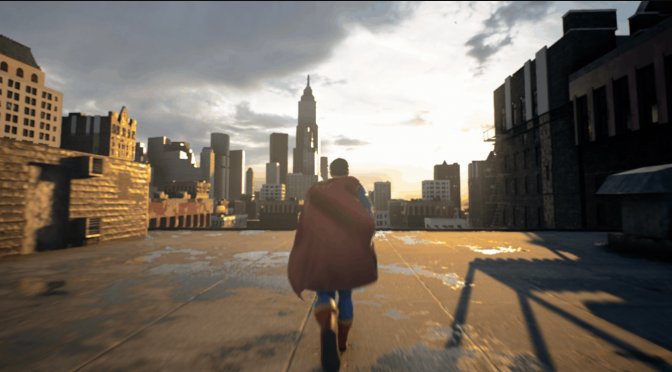 Reddit’s TJATOMICA has been experimenting with Unreal Engine 5 and shared an amazing GIF from his Superman project. This GIF shows the Man of Steel running and then flying high in the sky. And, to be honest, this is exactly the game that most Superman fans would love to see.

Okay okay, that’s an exaggeration obviously. After all, this GIF does not show any combat or gameplay mechanics. Still, it has the appropriate atmosphere and the sense of speed. It also looks cool. And, above all, it’s made by a single person. So yeah, this is an amazing fan tech demo of UE5.

Now as with most fan projects, I don’t expect this to ever see the light of day. Thus, and at least for now, all we have is this GIF.

As a bonus, I’ve included below two additional Unreal Engine 5 videos. The first one shows a K-750 Soviet motorcycle (that gives me major Days Gone-vibes). The second is a walkthrough video from a medieval map using Nanite.