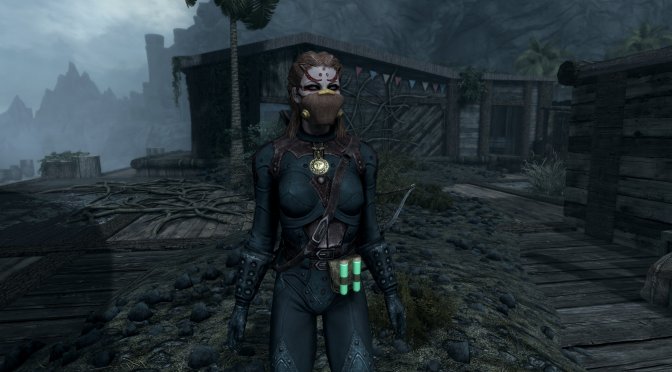 Turelim Vampire has released an amazing Legacy of Kain-inspired DLC-sized fan expansion mod for The Elder Scrolls V: Skyrim. And since we’re not getting a new Legacy of Kain game anytime soon, I’m certain that its fans will appreciate it.

Freeport Island features a recreation of the map ‘Freeport’ from the PVP LOK game Nosgoth along with various ruined forts, temples and crypts to explore which are all inspired by Blood Omen, Soul Reaver, and Nosgoth. Furthermore, this fan expansion has 13 quests, and enemies from Nosgoth and Blood Omen. Players can also find weapons from Soul Reaver 2, Blood Omen 2 and Soul Reaver and a few new spells.

Contrary to other mods, this one is for both the Legacy Edition and the Special Edition. Thus, you can go ahead and download it from here or here. In order to get to the island, you’ll have to find a boat at Lake Ilinalta.

Speaking of Skyrim Special Edition, we also suggest checking the following ones. Wyrmstooth is an expansion-sized mod that adds new quests and dungeons. There is also a mod that brings elements from The Witcher games to Bethesda’s RPG. Dragon Hall Tavern is another 2GB DLC-sized mod for Skyrim, adding new quests, locations, arena & more. Then we have Land of Vominhem and Legacy of the Dragonborn. And finally, you should check out this Castlevania-inspired mod, this mod that adds to the game the Nemesis system from Middle-earth: Shadow of Mordor, this DLC-sized Mod that adds six main isles to explore, as well as this sci-fi city fan expansion, a Predator-inspired Mod, Skyrim Together Reborn, and this RTS/City Building Mod.