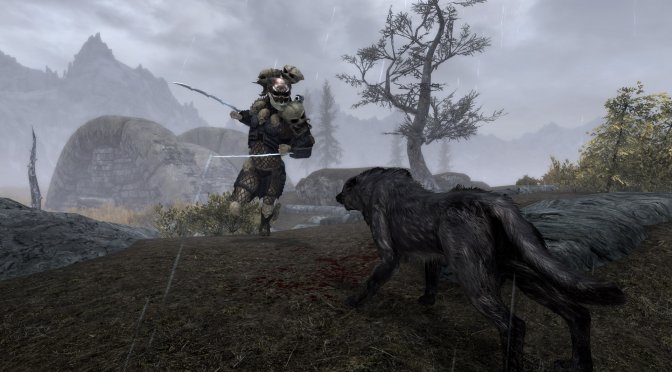 Veenix1998 has shared a must-have mod for Skyrim Special Edition/Anniversary Edition. Predators The Lost Tribe V115D adds to the game 3 playable Predators, new weapons, as well as xenomorphs to hunt.

Going into more details, this is basically a port of the same mod that came out for the original version of Skyrim. Players will discover over 42 New Predator weapons with dozens and dozens of new types of predator biomasks, armor and equipment. Moreover, players will travel Skyrim and find technology scattered around Tribes of friendly and hostile Predator Civilizations. And yes, you will be able to also fight Xenomorphs.

Players can choose between normal Yautja, Super Predator and Bad Blood Predator. As a Predator, players can use cloaking and heatvision to sneak up on their prey and take them down. And yes, the mod also has the iconic Plasma Caster.

You can download Predators The Lost Tribe V115D for SE/AE from here. You can also download from here the version that is compatible with Skyrim’s Legacy Edition.