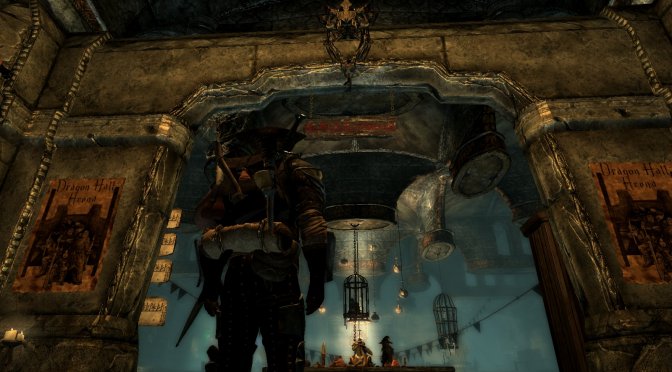 KnightrangersGuild has released a new mod for both the Original and the Special Edition of Skyrim. Dragon Hall Tavern is a DLC size Quest Mod for Skyrim that is 2GB in size and you can download it right now.

According to the modder, Dragon Hall Tavern adds a huge outdoor dungeon/Labyrinth based on a real 5000 year old Druid Maze. It also adds a huge tavern built for RPGing, featuring an indoor arena and shops.

It’s also worth noting that everything in this mod is movable or can be picked up and collected. Players can even move chairs, barrels or other static items. Moreover, the mod features destructible walls as well as some destructible barrels.

Last but not least, Dragon Hall Tavern features tons of NPC’s/Enemies and unique followers with unique wepons and armour, It also has large scale battles, a castle siege, and real fortunes based on real astrological event’s/constellations and planet alignment.

You can download Dragon Hall Tavern for the Original version of Skyrim from here, and for its Special Edition from here.