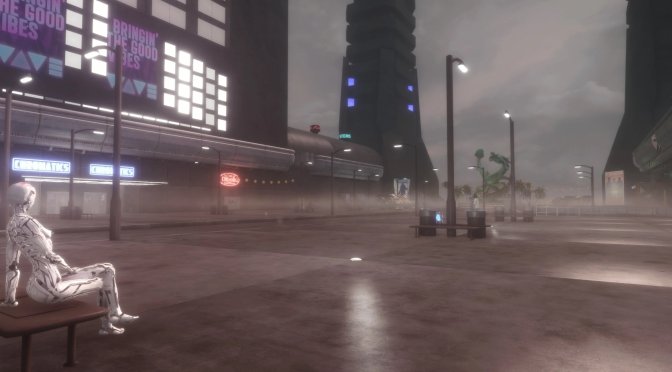 Modder ‘Ripcat’ has released an amazing sci-fi city expansion mod for The Elder Scrolls V: Skyrim Special Edition, called Fort Knox. For Knox features a large sci-fi/modern city with 5 main areas, and is a must-have for all sci-fi Skyrim fans.

The main areas of the city are Accord Plaza, Downtown, Industrial Zone, Yanabayashi Park and Lake Athabasca. Additionally, the mod introduces the “Octo8 Island”. This island is accessible with a shuttle from Accord Plaza, and has 2 main areas: village and B-Salt Cove.

Furthermore, Fort Knox features over 150 interiors (they are approximately around 200 interiors). As such, players will find bars, clubs, restaurants, a Police station, stores and more. The modder has also populated this city with over 400 NPCs. There are also 7 different types of robots, as well as over 150 modern clothes/armors/accessories/weapons.

Speaking of mods for Skyrim Special Edition, we also suggest checking the following ones. Wyrmstooth is an expansion-sized that adds new quests and dungeons. Additionally, this mod brings elements from The Witcher games to The Elder Scrolls V: Skyrim. Dragon Hall Tavern is another 2GB DLC-sized mod for Skyrim, adding new quests, locations, arena & more. Then we have Land of Vominhem and Legacy of the Dragonborn. There is also a mod that makes the game look similar to Borderlands 3.  And lastly, you should definitely check this Castlevania-inspired mod that brings Dracula’s castle.