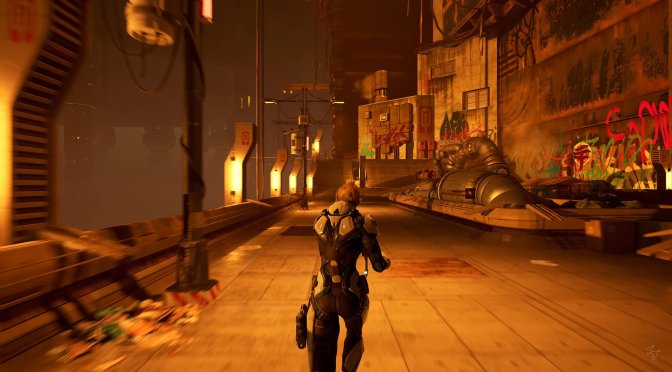 YouTube’s ‘Leo Torres’ has shared a video, showing a remake of Mass Effect’s Omega area in Unreal Engine 5. In order to create this fan remake, Torres used Nanite for the meshes and Lumen for reflections and global illumination.

In case you weren’t aware, Omega is an asteroid space station that players visited in the Mass Effect 3 Omega DLC. As the artist noted, this is a fully dynamic lit scene. As such, it does not contain any light bakes.

What’s also cool here is that alongside the cinematic flythrough, Torres showcased some gameplay sequences. This gameplay footage (which begins at 1:22) will give you a better idea of this fan remake.

As with most fan remakes, Torres does not plan to release this map to the public. Thus, and unfortunately, you cannot experience this Mass Effect fan remake yourselves. Nevertheless, it’s a really cool video.

Speaking of Unreal Engine, we also suggest taking a look at the following videos. There is an awesome Unreal Engine 5 Superman Fan Tech Demo that you must watch. There are also two cool videos showing The Sims 5 and Dragon Age: Inquisition. Let’s also not forget these cool Star Wars KOTOR and Counter-Strike Global Offensive fan remakes. And finally, here is a Half Life 2 Fan Remake, an Oblivion fan remake, a Silent Hill fan remake, a World of Warcraft remake, a Skyrim remake, and a Zelda Ocarina of Time UE5 Remake.