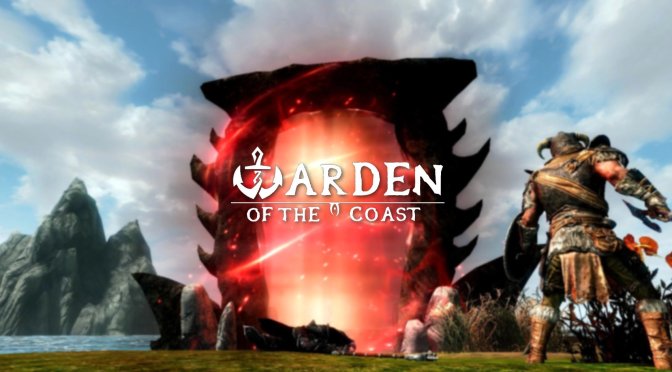 Modder ‘TheBawb’ has released a fully voiced DLC-sized mod for Skyrim Special Edition that is heavily inspired by the mechanics of Mass Effect and Dragon Age, called Warden of the Coast.

In this mod, players will travel to an isolated island, earn the loyalty of your 9 companions, stop a daedric lord from returning to power, and close shut the jaws of Oblivion once more.

Here are the key features of this DLC-sized mod:

You can download Warden of the Coast from here. Below you can also find a trailer for it.

Lastly, and speaking of Skyrim Special Edition, we also suggest checking the following mods. For instance, there is a mod that brings elements from The Witcher games to Bethesda’s RPG. Dragon Hall Tavern is another 2GB DLC-sized expansion mod for Skyrim. Then we have Land of Vominhem and Legacy of the Dragonborn. You should also check out this Castlevania-inspired mod, as well as this mod that adds to the game the Nemesis system from Middle-earth: Shadow of Mordor.

Let’s also not forget this DLC-sized Mod that adds six main isles to explore. Then we have  Skyrim Together Reborn and this sci-fi city fan expansion. There is also an RTS/City Building Mod. And lastly, there is a cool Dragon Ball Z Xenoverse 3 Mod, as well as a mod that adds destructible objects to the game, a High-Poly Hair Mod, and a mod that adds to the game the dragons from Game of Thrones.