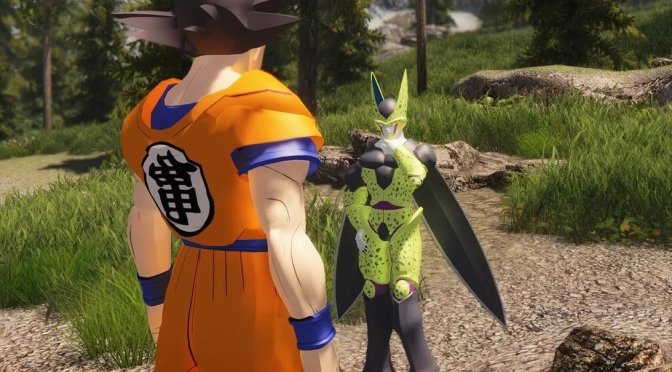 Modder ‘Juvantae’ has released an amazing Dragon Ball Z: Xenoverse 3 Mod for The Elder Scrolls V: Skyrim Special Edition. This mod will allow you to defend the Earth, participate in a martial arts tournament, fight aliens, fly through outer space, and gather the dragon balls.

According to its description, a new NPC (Yamcha) will be on the road leading to Riverwood. By talking to him, you’ll start a questline that will bring you to a new world.

The questline for this mod currently ends around the world martial arts tournament but everything is in place currently up to the Android saga. For your convenience, you can also type “help dbzsuper” to see the quests currently implemented.

Like Xenoverse, the mod has normal Super Saiyan forms and a Super Vegeta variant. The normal SSJ forms will give you str speed and stamina buffs. On the other hand, Super Vegeta is more for casters, boosting your magic. Moreover, and in order to maintain your transformation, you’ll have to charge your ki.

You can download the mod from here. Make also sure to read its instructions. I should also note that the header image is NOT from this mod.

Lastly, and speaking of Skyrim Special Edition, we also suggest checking the following ones. Wyrmstooth is an expansion-sized mod that adds new quests and dungeons. There is also a mod that brings elements from The Witcher games to Bethesda’s RPG. Dragon Hall Tavern is another 2GB DLC-sized mod for Skyrim, adding new quests, locations, arena & more. Then we have Land of Vominhem and Legacy of the Dragonborn. And finally, you should check out this Castlevania-inspired mod, this mod that adds to the game the Nemesis system from Middle-earth: Shadow of Mordor, this DLC-sized Mod that adds six main isles to explore, as well as this sci-fi city fan expansion, Skyrim Together Reborn, and this RTS/City Building Mod.