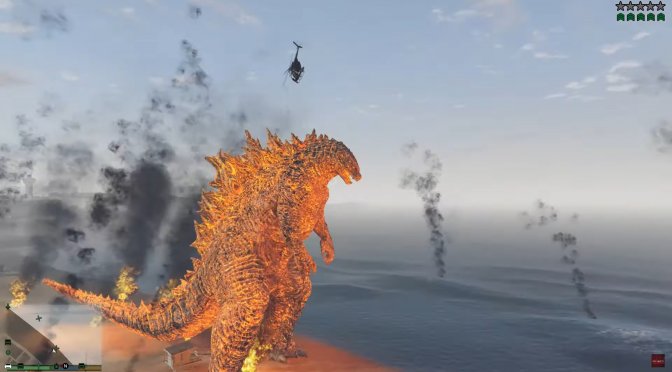 Godzilla and King Kong fans, here is something really special for you today. Talented modder ‘JulioNIB’ has released pre-release versions of his King Kong and Godzilla mods for Grand Theft Auto 5. These mods will allow you to play as King Kong, Godzilla and Mecha Godzilla.

Similarly to his other “superhero” mods, JulioNIB has added a lot of iconic moves for all three creatures. For instance, King Kong can climb tall buildings. On the other hand, Godzilla can use its atomic breath, and it can even use its nuclear shockwave (the one it used against King Ghidorah).

To be honest, this mod feels like the best King Kong/Godzilla game we can possibly get. It’s mindless fun and that’s what most of us kaiju fans really want. Now if only you could destroy all the buildings in Grand Theft Auto 5…

But anyway, you can download these pre-release versions from JulioNIB’s Patreon page. The modder plans to release the final versions for free at a later date.

We also suggest downloading most, if not all, of his other mods. For instance, there is a Grand Theft Auto 5 Marvel Thanos Endgame mod. There is also PS4 Marvel Spider-Man mod. Furthermore, you can find a Predator Mod, an X-men Magneto Mod, a Hulk Mod. You can also find a Dragon Ball Mod, a Flash Mod, a Green Goblin Mod and a Ghostrider Mod.