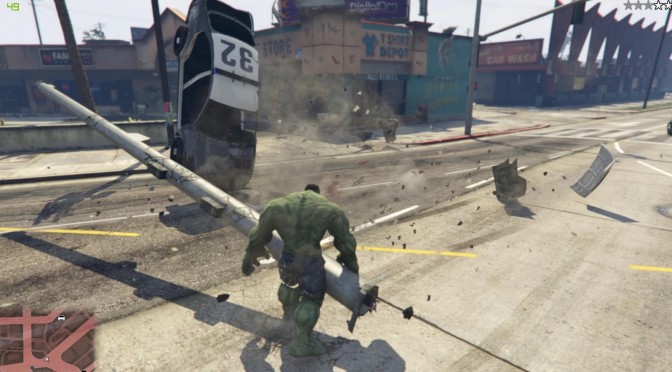 Talented modder ‘JulioNiB’ has released a brand new Hulk mod for Grand Theft Auto 5. JulioNiB is known for his incredible mods for GTAV as he was behind the Ghost Rider, Iron Man, Dragon Ball, Crysis and Marvel’s Thanos mods.

This Hulk mod features Super strength, Auto heal, Super jump, Super sprint and Super melee attacks. Players can grab and throw peds/vehicles, as well as use a lamp pole as baseball bat. There are also some special attacks and players can attack in mid air or use their special attacks. Oh, and there is also a wall ‘climb’ feature.

Those interested can download the mod from here. Do note that you will need the updated ScripthookVDotNet installed and working in order to run this Hulk mod.