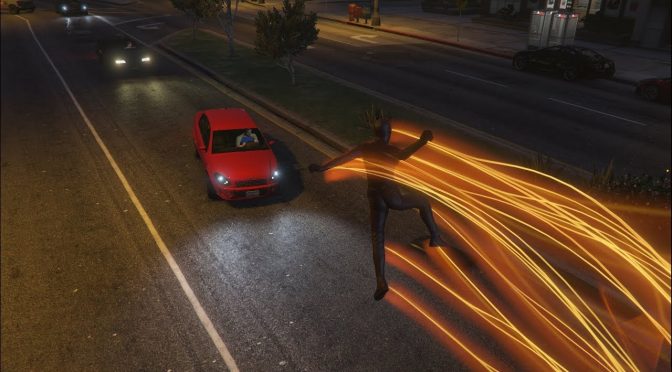 Back in April 2016, talented modder ‘JulioNIB’ released a Flash mod for Grand Theft Auto V. And yesterday, JulioNiB has updated this mod, adding more powers and abilities, and improving all previous powers.

I haven’t tested this mod yet so I can’t comment on its quality, however JulioNiB has released a video showing the mod in action.

In order to make this mod work, players will have to install the latest version of the ScripthookVDotNet. Those interested can download the mod from here.