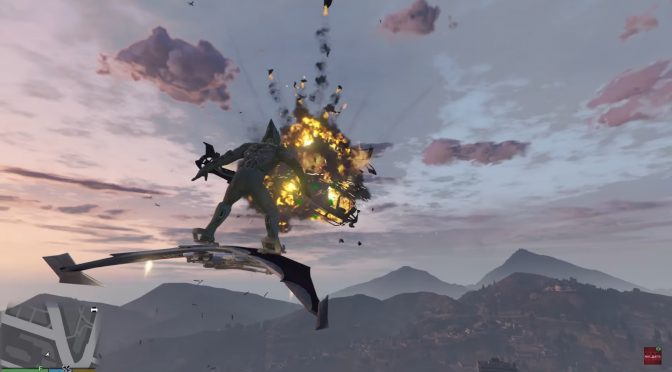 Talented modder ‘JulioNIB’ has released a new mod for Grand Theft Auto V. This mod brings the Green Goblin – alongside his Glider and his special powers – to Rockstar’s open-world title.

Thanks to this mod, players can use the Glider with machine guns, rockets, bombs, slicer bombs, burst bombs and stab forks in front.

Needless to say that this is a really awesome and cool mod. But hey, this was to be expected. After all, this mod comes from the man who brought Iron Man, Ghost Rider, Flash and Hulk to Rockstar’s title.

And here are the key features of the Green Goblin mod for Grand Theft Auto V.