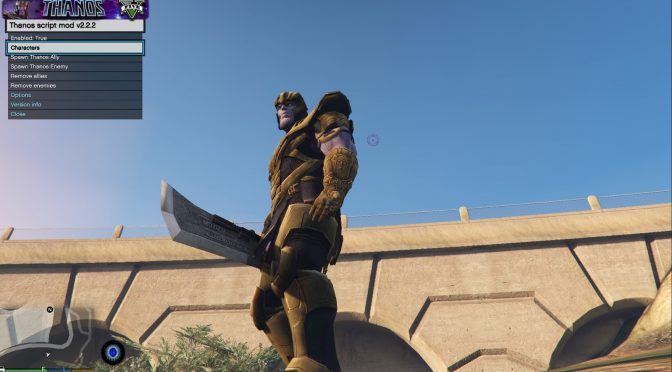 Talented modder “JulioNIB” has released a brand new mod for Grand Theft Auto 5. This mod brings Marvel’s Thanos from Endgame to Rockstar’s open-world title. Also, and contrary some other mods from JulioNIB, this one is not behind a patreon wall, meaning that everyone can download it.

Similarly to his Iron Man and Hulk mods, this Thanos mod features a lot of unique controls and combat mechanics. For example, Thanos can power shoot, power wave, ground power wave and ground smassh with the Power stone. Thanos can also create a Portal with the Space stone, and throw meteors by combining the Space and Power stones.

Moreover, he can control mind and turn a victim into a bodyguard, slow down time, steal people souls, resurrect dead pedestrians use a telekinesis attack.

Seriously, JulioNIB has done an incredible work and we strongly suggest downloading the mod from here. Even if you are not a Marvel fan, you will really appreciate how fun it can be to be Thanos and wreak chaos in Los Santos.

Below you can find the controls and the key features of this Marvel Thanos Endgame mod for GTA 5, as well as a video showcasing the mod in action.