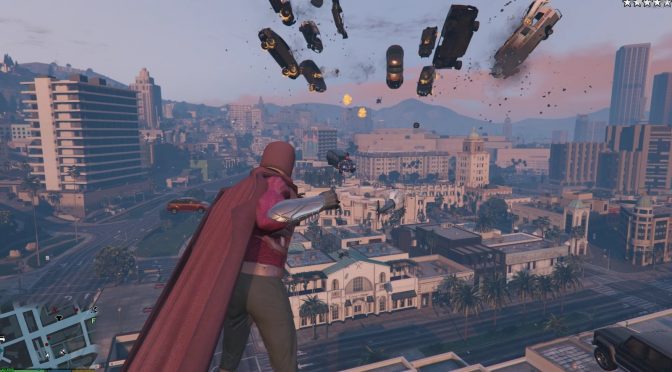 Talented modder JulioNIB has released a brand new mod for Grand Theft Auto 5, bringing to it Xmen’s Magneto with all of his powers. This Xmen Magneto mod allows players to use a special Melee attack, fly, and use lots of attacks like magnetize target attack, mass kill attack (grab ped weapon and shoot against him), EMP attack, Stab attack and Wind turbine smash attack.

Players can also use bullet shields that can also shoot bullets back to their enemies, steal pedestrians weapons and shoot them (similarly to the scene from Xmen 2), grab entities and smash (vehicles and metal peds only) or throw them, lift entities and throw them, derail trains, stab peds with signs and small poles, smash targets with wind turbine and attach vehicles to wind turbine blades.

This is a really cool mod and we strongly suggest downloading it if you are fans of Xmen. As always, this mod requires ScripthookVDotNet in order to work. As for the Magneto model, JulioNIB suggests using the Magneto Days of Future Past 3D model from fakeplastic.