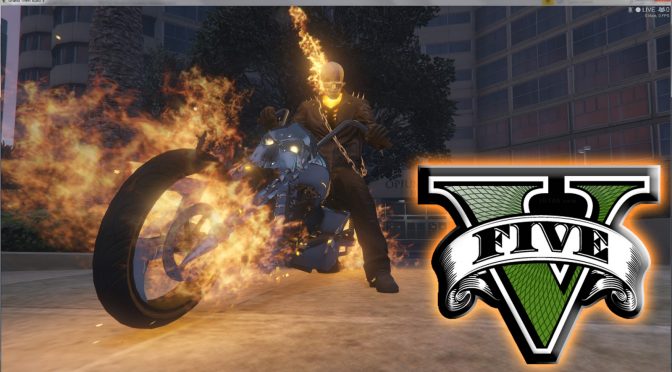 Talented modder ‘JulioNIB’ has released a new mod for Grand Theft Auto V. This mod brings Ghost Rider – alongside his motorcycle and his powers – to Rockstar’s open-world title.

Those interested can download the mod from here, however you will need  ScripthookVDotNet installed and working in order to enjoy this mod.

As the modder noted, there are three levels for Ghost Rider’s attacks. Players can hold the attack buttons in order to increase the attack levels.

Here are Ghost Rider’s attacks that are available via this mod:

And here are some additional features of this mod: