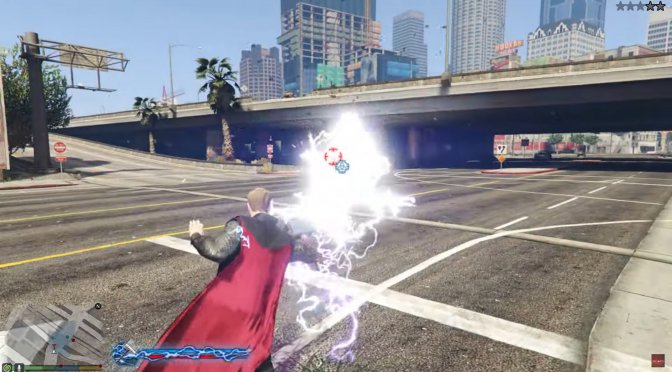 Back in November 2017, we informed you about a The Avengers’ Thor Mod for Grand Theft Auto 5. However, talented modder JulioNiB has released a brand new mod for this open-world game, featuring the God of thunder.

This mod comes with eight special attacks and a mouse wheel via which you can select them. Players can use their Mjolnir and Storm Breaker in order to inflict damage to their opponents. They can also perform dismemberment and charged melee attacks.

JulioNiB is a really talented modder and has released a lot of mods for GTA 5. Thus, we suggest downloading most, if not all, of them. For instance, there is a Grand Theft Auto 5 Marvel Thanos Endgame mod. There is also PS4 Marvel Spider-Man mod. Furthermore, you can find a Predator Mod, an X-men Magneto Mod, a Hulk Mod. You can also find a Dragon Ball Mod, a Flash Mod, a Green Goblin Mod and a Ghostrider Mod.

Here are the key features of this new Thor Mod.

You can download the Thor Mod for Grand Theft Auto 5 from here. Below you can also find a video, showcasing this mod in action.