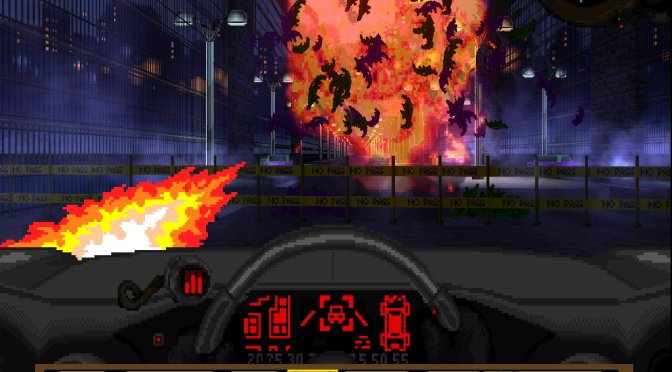 Illuminati Dad has released a pretty cool Batman Mod for GZDoom, called Batman – Rogue City. This mod will allow you to play as the Dark Knight himself, and below you can also find a gameplay trailer for it.

In Batman – Rogue City, Batman will visit some classic Gotham locations. Furthermore, the Dark Knight will try to take down various villains, rogues and other Gotham criminals.

Going into some more details, this mod features over 30 enemies/villains and boss fights. Additionally, it comes with 8 action-packed levels, unique weapons for Batman, and allows you to drive the batmobile.

This is a really cool total conversion mod, and we highly recommend downloading it from here.

Speaking of GZDoom, here are some other cool total conversion mods for it. Players can download an unofficial sequel to the Crusader duology, as well as a demo for the retro FPS GZDoom game, The Age of Hell. Fallout: GZDoom and Ratchet & Clank are two other cool GZDoom mods. And lastly, we suggest checking out Call of DOOM: Black Warfare, Silent Hills P.T. Demake, Duke Nukem 3D Total Conversion Mod, ALIENS: ERADICATION TC and this Half-Life Demake.