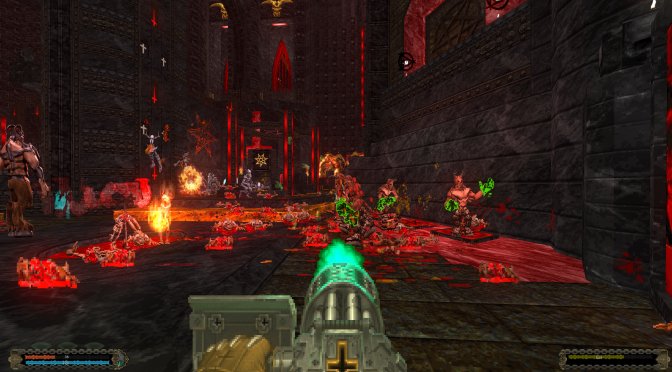 Hellforge Studios has released a demo for its upcoming retro first-person shooter that will be using the GZDoom engine, The Age of Hell.

The full version promises to feature six massive episodes released in 3 volumes, each with their own episode unique monsters including 2 boss encounters per episode.

Moreover, it will have a full set of holy-themed weapons to blast back the hordes of hell. Naturally, all weapons and monsters are all sprite-based to provide an old-school/retro feeling.

Additionally, The Age of Hell will have a variety of themes. These will include icy brutalism, ornate marble crypts, lovecraftian nightmare realms, diabolical tech and infernal gothic palaces.

Lastly, the game will have an original, metal-themed soundtrack.

The Age of Hell Realms Deep Trailer 2021 - Demo out