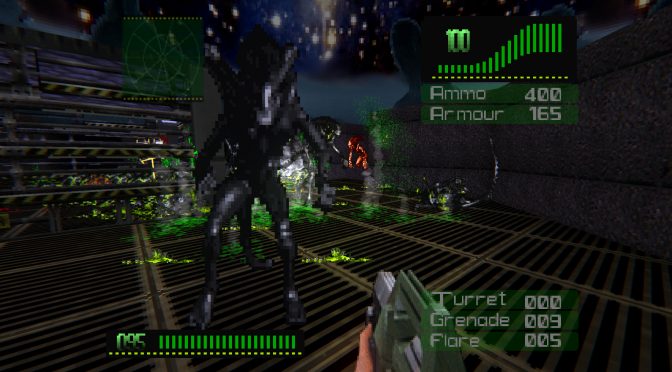 Back in May 2020, we informed you about an Aliens total conversion mod for Doom, ALIENS: ERADICATION. And today, we are happy to report that the final version of this mod is finally available for download.

In ALIENS: ERADICATION you play as 4 different classes, each with it’s own story, starting inventory, gameplay, item/monster placement and more. You can play the included map set or play your favorite iwad/pwad with the total conversion.

Players will face a variety of Xenomorphs; from the chest-burster to the Queen herself. Moreover, players will encounter traumatized colonists, marauding mercenaries, malfunctioning security synthetics. Not only that, but Payload4367 has also included the Predator in this mod.

In short, this is a must-have mod for all Aliens fans. I’m also certain that all Alien Trilogy fans will appreciate it (as some of the sprites are from that game).