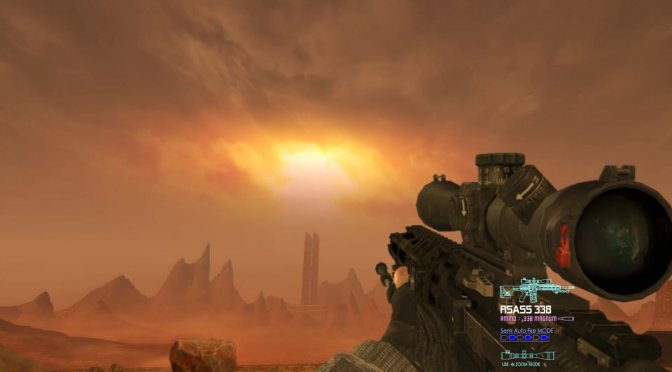 Modder ‘Arrowood’ announced that his Call of DOOM: Black Warfare Mod will release later this month. In order to celebrate this announcement, the modder also released a launch trailer for this mod that you can find below.

Call of DOOM: Black Warfare is basically a mashup of Doom and Call of Duty Black Ops. With this mod, players can fight DOOM monsters with high-quality firearms imported from the Call of Duty universe.

The mod features 70 weapons and equipment, and players can only carry 4 weapons. Every time you find a good weapon, you’ll have to choose to drop something. Moreover, there won’t be any convenient item box, and the weapons you drop may never be available again.

Additionally, weapon placement changes randomly each time you play, meaning that your tactics can change significantly depending on the weapons you can pick up, even on maps that you have visited in the past.

It sounds cool, and we’ll be sure to share the download link once the mod is available. Until then, you can watch its launch trailer (which feels weird with that anime-like music).