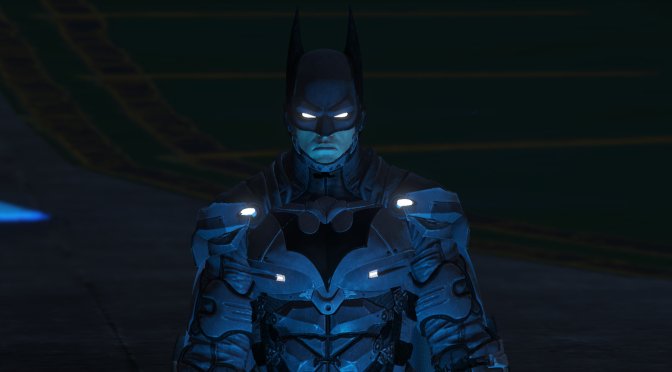 Talented modder ‘JulioNIB’ has released a new video for his upcoming Batman: Arkham Asylum mod for Grand Theft Auto 5. As you will see, JulioNIB has implemented numerous moves and a combat system that is similar to the one in the Batman: Arkham games.

Alongside the new combat system, this Batman Mod will allow you to use his grapple gun hook and glide with his cape. Players can also use batarangs and call special weapons and vehicles. Not only that, but Batman has access to batclaw kick and dive bomb attacks, as well as the disarm target, smoke, freeze, incendiary and electric shock gadget attacks.

The end result is truly amazing, so be sure to watch the video. This mod is currently only available to JulioNIB’s Patreon members. However, and once it’s finished, the modder will release it to the public.

We also suggest downloading most, if not all, of his other mods. For instance, there is a Grand Theft Auto 5 Marvel Thanos Endgame mod. There is also PS4 Marvel Spider-Man mod. Furthermore, you can find a Predator Mod, an X-men Magneto Mod, a Hulk Mod, and a King Kong/Godzilla Mod. You can also find a Dragon Ball Mod, a Flash Mod, a Green Goblin Mod and a Ghostrider Mod.