Stratton believes that this horde mode will offer players more of the diversity and challenge they are looking for in the game. BATTLEMODE will also receive a more competitive, rank-based structure. It will also get a number of gameplay and balance updates, as well as another new map. 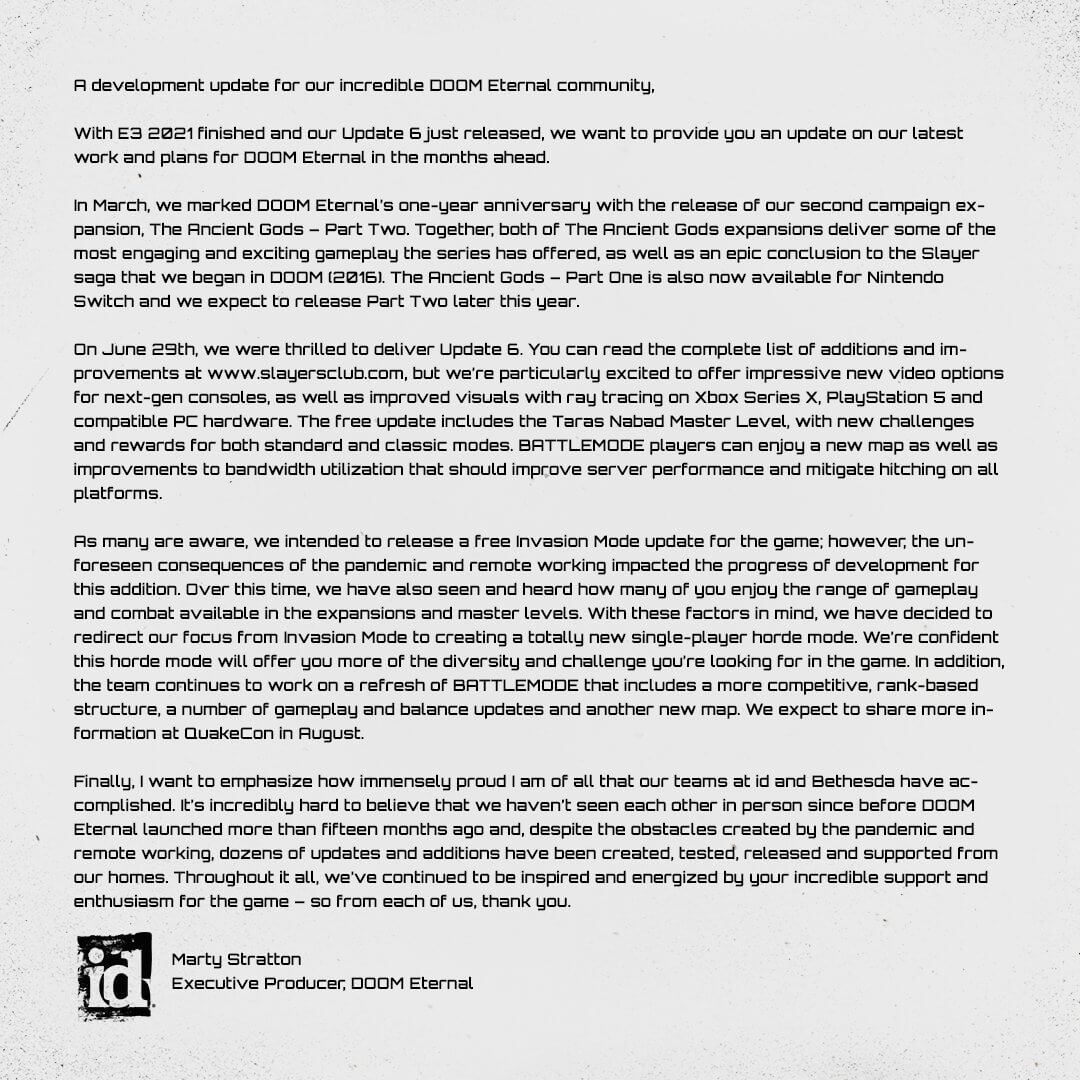 id Software will share more details about the next major patch for Doom Eternal at QuakeCon 2021 in August.