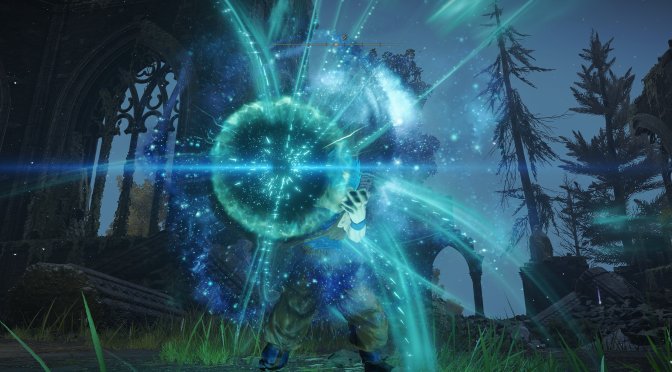 Modder ‘syyyke’ has released a new mod for Elden Ring that is a must-have for all Dragon Ball fans out there. As the title suggests, this mod allows you to play as Son Goku from the iconic manga/anime series. Furthermore, players can punch/kick their enemies, and blast Kamehameha attacks.

Going into more details, syyyke took some stuff from his Spellcaster’s Dream 2.0, mixed it with an armor replacer by Ercuallo, and added some unarmed balancing to make it viable. By doing so, the modder has managed to create an amazing crossover between DBZ and Elden Ring.

You can download this Dragon Ball mod from here. Below you can also find a video that can give you an idea of what you can expect from it.

Speaking of Elden Ring, here are some other cool mods for it. This mod adds seamless co-op functionalities to the game, and this mod introduces an unofficial Survival Mode. Then we have this mod that removes the awful Chromatic Aberration effect. You can also download an easier-to-use Field of View Mod. Flawless Ultrawide is another must-have mod as it enables support for ultra-wide resolutions/monitors. There is also an unofficial Photo Mode. Furthermore, this mod will unlock the game’s framerate. And lastly, you can download an HD Texture Pack, as well as a mod that attempts to fix stuttering by implementing VKD3D fixes natively in DX12.