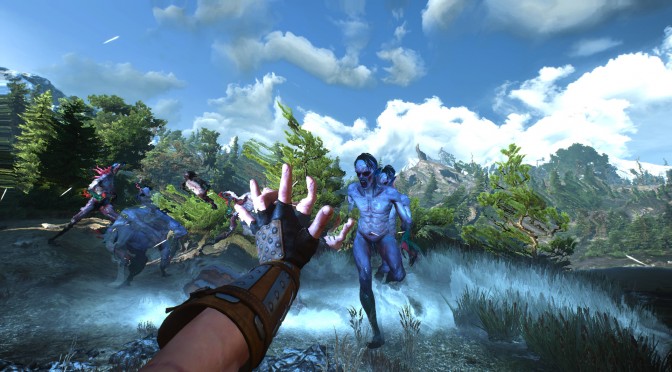 In 2017, we shared a mod that allowed you to play The Witcher 3: Wild Hunt in first-person mode. And yesterday, modder ‘ExtremeDotneting’ released a reworked version of this mod that aims to address some issues and glitches.

This First Person Camera Reworked Mod attempts to resolve some of the issues that were found in First Person Improved and modFirstPerson. Do note that it’s still not perfect. However, it appears that the game is now playable via a first-person perspective. Or at least it’s in a better shape than before.

As the modder noted, this reworked version makes control more convenient and fixes some problems. For instance, it does not display swords or crossbows (an issue that affected the previous FPS mods).

In order to showcase this mod in action, ExtremeDotneting shared the following video. Thus, we suggest watching it before downloading the mod.

Speaking of The Witcher 3, we also suggest the following mods. Needless to say that, The Witcher 3 HD Reworked Project is a must-have mod for CDPR’s RPG. HDAR – HD Animals Reworked Mod, Humans of the Continent 4K-2K Textures and the Witcher 2 Overhaul Mod are also some cool mods. And then there are Shades of Iron, True Fires Mod, and a mod that adds a new standalone quest. My guess is that these mods are compatible with this FPS mod.