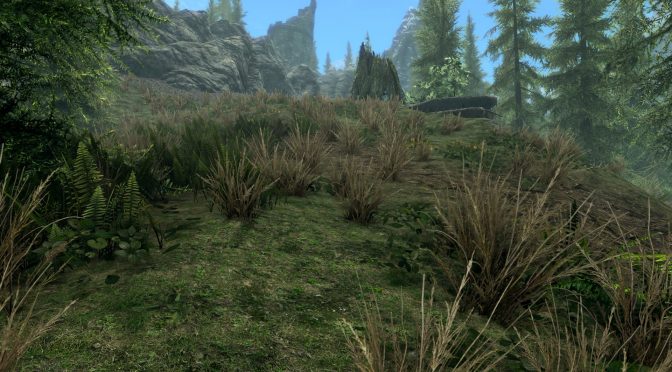 According to the modder, this texture pack is non-parallax at 2k (2048x2048) generated from photogrammetry to offer very realistic, accurate, hi-resolution textures.

Skyland V3.6 offers new Rift fall textures including roads, new bridges, mine wood including doors, cave dirt cliffs, and Dark Brotherhood door. Johnrose81 offers two packs; the first one is at 1K and weights around 290MB while the second is at 2K and its size is almost at 1GB. The modder also plans to release a parallax version of Skyland once it’s been completed.

We strongly suggest using this mod with the Skyrim 3D Trees and the Unbelievable Grass Two Redux 1.3  mods for Skyrim.

Skyland: Comparison between Vanilla and Skyland 2.5