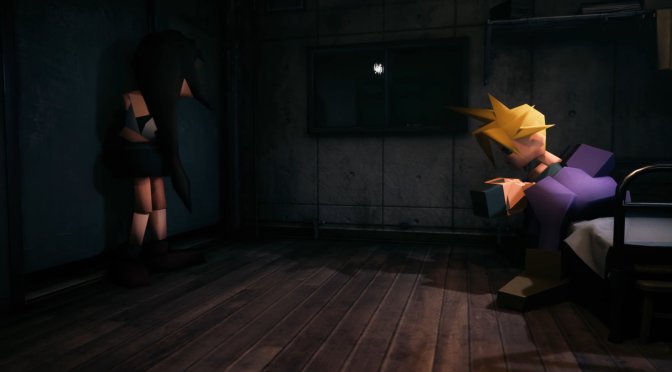 FantasyRaiderr has released a retro mod for Final Fantasy 7 Remake that allows you to play with the original 1997 3D models. From what I can see, this mod only replaces the character models for Cloud, Tifa, Aerith and Barret.

Due to the mix of the other high-quality 3D models with these retro ones, the game can feel odd. In my opinion, it’d make more sense to replace all the character models with those from the original game.

But anyway, I’m certain that some of you will find the mod cool, so go ahead and download it from here.

Speaking of Final Fantasy 7 Remake, we also suggest using the following mods. This FOV/Camera Distance Modifier Mod lets you adjust the camera viewpoint to your liking. Dynamic Resolution Disabler is also a must-have mod that de-activates DRS (which is enabled by default). Another cool mod unlocks the dev console, allowing you to also unlock the game’s framerate. And lastly, there is an in-game character customization mod, an HD Texture Pack, and a mod that improves over 530 NPCs faces.