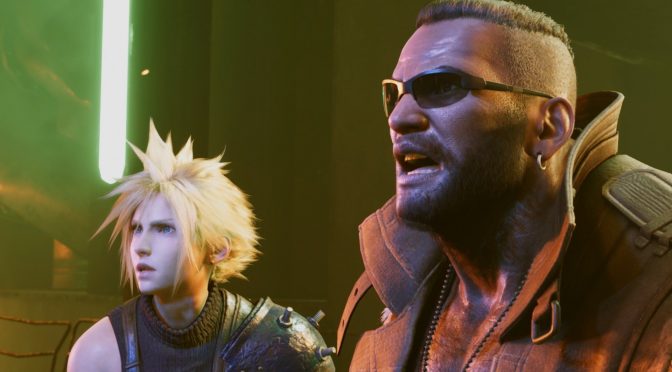 Modder ’emoose’ has released a pretty interesting mod for Final Fantasy 7 Remake Intergrade. As the title suggests, this mod allows you to unlock the game’s dev console. This basically means that you can use various commands while playing the game (and yes, one command is to unlock the framerate).

What’s also interesting here is that this mod allows the game to load loose INI files from its config folder. Therefore, and thanks to this mod, gamers can store their settings in INI files.

In case you did not know, Square Enix locked the game’s INI config files behind PAK files. So, until now, modders had to create PAK files in order to make changes to the game’s configs. However, this all changes now thanks to this mod.

“FFVIIHook 1.1 now also allows the game to load in loose files, without them needing to be stored in a .PAK, and also allows loose INI files to be loaded from the games config folder.

For example custom CVars can now be stored inside the “Documents\My Games\FINAL FANTASY VII REMAKE\Saved\Config\WindowsNoEditor\Engine.ini” file, just like with other UE4 titles”

You can download this new mod from here. You can also unlock the framerate by using the “t.maxFPS 0” command. Furthermore, we suggest downloading the Dynamic Resolution Scaling Disabler.

Lastly, I’ve tried the DXVK Mod that is currently available on NexusMods. This mod uses a DX11->Vulkan wrapper in order to bypass the shader compilation of the game. However, we had MORE stutters in the Slums area when using this mod. As we’ve already showcased, the game runs great on our PC test system in DX11. Still, and if you have more stutters than what we’re showcasing below, you can at least give it a go.