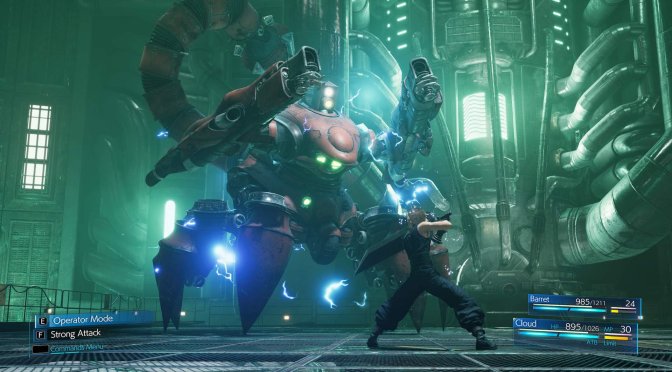 Modder ‘Tohru Adachi’ has released a pretty new cool mod for Final Fantasy 7 Remake that lets you adjust the in-game camera. Tohru Adachi has basically created some cheat tables values, allowing you to tweak the camera distance values outside of what the game offers.

The end result is pretty amazing, and we highly recommend using it. Not only with this mod give you a better FOV, it will also take the camera further behind Cloud so that you can more easily control him. This mod is also great for battles as it can give you a better understanding of your surroundings.

You can download this Camera Distance Modifier Mod from here. To install it, you’ll have to follow this guide.

Speaking of Final Fantasy 7 Remake mods, we also suggest downloading the Dynamic Resolution Disabler. There is also another mod that unlocks the dev console.

Lastly, be sure to read our PC Performance Analysis for this game!