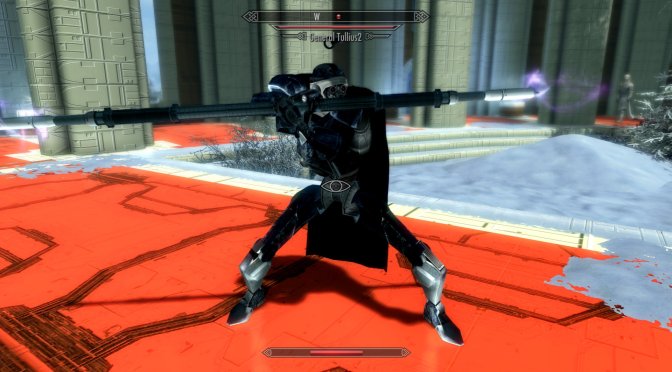 Star Wars fans, here is something for you. Pande4360 has released a must-have Star Wars mod for The Elder Scrolls V: Skyrim Special Edition. Star Wars Redux 2022 is a mod that lets you a powerful Jedi or Sith as you see fit by playing the game normally.

The mod replaces most CW soldiers with Stormtroopers and Co and Stormcloaks with Rebels. According to the modder, each have around 3-5 skins to use. Furthermore, it replaces the armors of guards with a more futuristic outfit.

Star Wars Redux 2022 also adds 3 droids to the Dwemer Faction, 5 weapons and tons of melee weapons. Naturally, and since this is a Star Wars mod, it features plenty of lightsabers with the ability to deflect blaster shots. And yes, you will also be able to use Force Powers.

You can download Star Wars Redux 2022 from here. As said, this mod is only for Skyrim Special Edition. Below you can also find a video showcasing a mission from it.

Speaking of mods for Skyrim Special Edition, we also suggest checking the following ones. Wyrmstooth is an expansion-sized mod that adds new quests and dungeons. Additionally, this mod brings elements from The Witcher games to The Elder Scrolls V: Skyrim. Dragon Hall Tavern is another 2GB DLC-sized mod for Skyrim, adding new quests, locations, arena & more. Then we have Land of Vominhem and Legacy of the Dragonborn. And finally, you should definitely check this Castlevania-inspired mod, as well as this sci-fi city fan expansion and this RTS/City Building Mod.