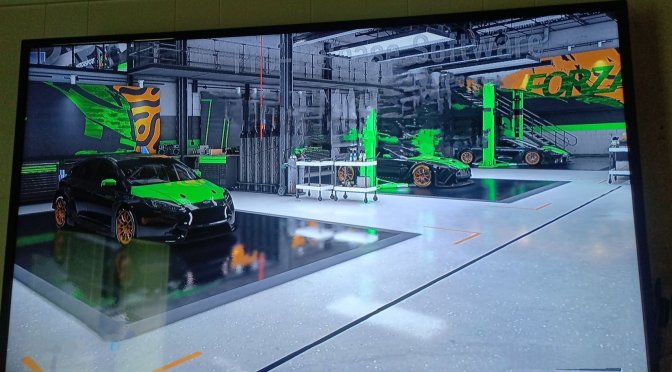 A rumor surfaced earlier today, suggesting that Forza Motorsport is in beta and some influencers have played it. And, from the looks of it, this new Forza Motorsport will be a cross-gen game, releasing on both old-gen and current-gen platforms. Moreover, the first WIP screenshots for it have been leaked online.

These leaked screenshots do not really show much. However, they basically confirm the game’s cross-gen nature as they are from its Xbox One version.

It’s worth noting that Reddit’s moderators have stated that these screenshots are legitimate. So yeah, this is indeed a WIP build of the new Forza Motorsport game.

In July 2020, Microsoft and Turn10 shared an in-engine trailer and some information about the new Forza Motorsport game.

As Microsoft has stated:

“With the new Forza Motorsport, ray tracing is coming to ForzaTech, you will see a dynamic world in 4K, 60fps, that is connected and dynamic – from surfaces of cars reflecting off each other, to brilliant red paint bouncing off intensely detailed track surfaces, and the interplay of light and shadow throughout the world.”