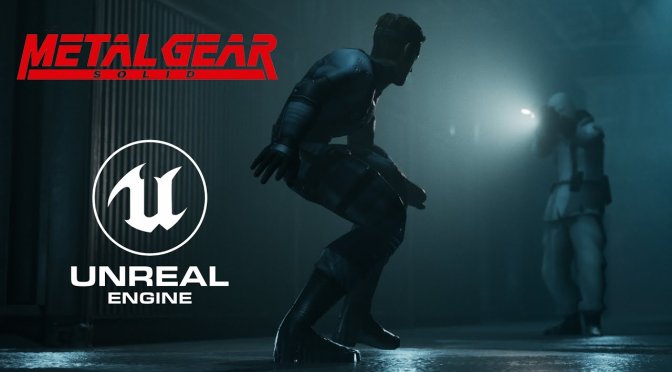 Just An Idea Studio has shared an amazing video, showcasing a remake of the original PSX Metal Gear Solid game in Unreal Engine 5. This fan remake uses both Unreal Engine 5’s best graphical features, Nanite and Lumen. As such, it will give you an idea of what a remake of this classic game would look like.

Now before continuing, do note that this fan remake is created by a single person so keep this in mind while watching the video. In other words, don’t expect a polished demo that can rival triple-A games.

With this out of our way, this Metal Gear Solid Unreal Engine 5 remake looks really cool. Just An Idea Studio has also implemented some basic gameplay mechanics, and has recreated Snake’s 3D model. As such, this feels more like an indie tech demo, which is way better than most other UE5 remakes.

Speaking of Unreal Engine 5 fan remakes, we also suggest taking a look at the following ones. Last month, we shared a Half Life 2 Fan Remake in Unreal Engine 5. This Zelda Ocarina of Time UE5 Remake also looks amazing. Additionally, this fan remake of Final Fantasy IX looks incredible. And, finally, here are an Oblivion fan remake, a Silent Hill fan remake, a Dragon Age Inquisition remake, and a Skyrim remake.

Lastly, Just An Idea Studio does not have any plans to release this demo to the public. So no, you won’t be able to run it on your PC system.