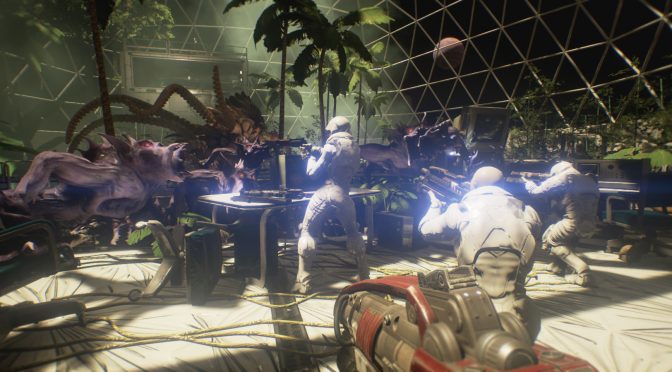 Team17 and Radiation Blue have today revealed a new trailer showcasing the roguelike gameplay of the forthcoming Genesis Alpha One. Genesis Alpha One is the debut game from Radiation Blue, a German based independent developer, compromised of talented developers whose combined game credits include Hitman: Blood Money, Hitman: Contracts, Velvet Assassin, Spec Ops: The Line, SpellForce 2: Shadow Wars, SpellForce 3 and The Settlers.

The game mixes thrilling roguelike mechanics with deep ship building and fast first-person action, putting you in the role of an interstellar pioneer.

As the Captain of a Genesis starship, you journey into uncharted space on the ultimate mission. Build and manage a space vessel, explore the galaxy for resources and interesting new lifeforms and experiment with DNA and alien abilities as you clone new crew members. Your goal: Find new homes for humanity’s DNA and save the species from extinction.

Genesis Alpha One will launch on January 29th exclusively on Epic’s digital store!