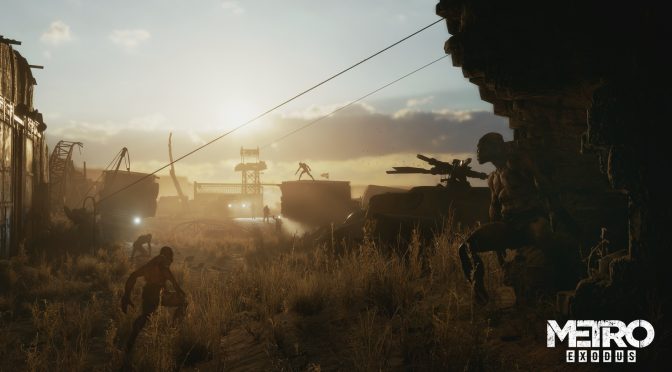 Deep Silver has released the story trailer for Metro Exodus. According to the publisher, this trailer explores the hostile world of the game that lies in wait for the crew of the Aurora as they flee the ruins of Moscow and embark on an epic year-long journey into the unknown.

Metro Exodus is an epic, story-driven first person shooter from 4A Games that blends deadly combat and stealth with exploration and survival horror in one of the most immersive game worlds ever created. Flee the shattered ruins of dead Moscow and embark on an epic, continent-spanning journey across post-apocalyptic Russia in the greatest Metro adventure yet.

The game will release on February 15th.

Apparently this trailer is old and we’ve already shared it. Apparently I was looking forward to the story trailer of The Division 2 and I mistakenly assumed that there was also a new story trailer for Metro Exodus (especially since its preview embargo was lifted today). But anyway, below you can find a new 10-minute gameplay footage from IGN, showing the game’s Desert map.